Your story. Your future

As your circumstances evolve throughout life, so will your financial needs. TD Wealth can help—with the experience, knowledge and advice to meet your goals now and in the years ahead.

The growing economic power of women

Women represent 56% of Canadians with bachelor's degree, 51% with a master’s degrees, and 38% with a doctorate.1

31% of Canadian women are the primary earners in their households2 —a number that is expected to grow.

By 2026, Canadian women are expected to control $3.3 trillion in financial assets3.

The TD commitment in action

TD is committed to providing support and opportunities to women as valued colleagues, clients and communities.

Discover how TD can help you build your business through sound advice, professional connections, and relevant tools and resources.

TD is proud to sponsor events and work together with organizations that support women, such as Canadian Women in Medicine and the Investment Executive and Advisor's Edge Women in Leadership 2020/2021 events.

See how TD is supporting women by watching the webinar below.

Learn how TD is supporting women throughout Canada with these insightful videos, interviews, podcasts and more.

Creating a wealth plan to help meet your long- and short-term goals. 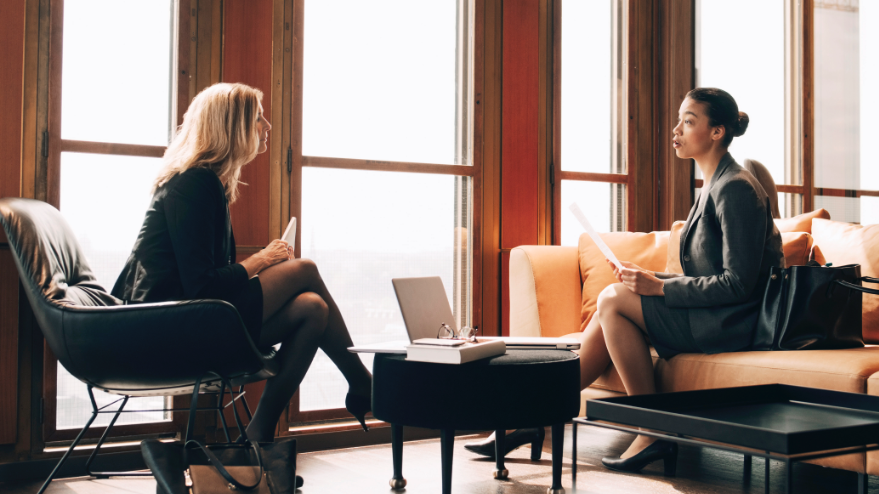 Did you know that 71% of women want to get more involved with their finances, and 58% want more help to get started? 4

That's exactly how a TD Wealth advisor can help—by working with you one-on-one to create a personalized wealth plan that's lock-step with your life events and needs.

An advisor can also help you:

Your life events and financial well-being

Just starting out on your financial journey or do you have years of experience? You'll find a breadth of financial information and inspiration here to help you through life's most important events and stages.

Ready to connect with an advisor?

Answer a few questions to help an advisor online.

- Women have come a long way, but many still face financial struggles. Women control less wealth and continue to face a pay gap with men. According to the latest data from Statistics Canada, women earn just $0.74 for every dollar a man is paid. My next guest is here to talk about why it's crucial for women to become confident and capable when it comes to building wealth and achieve financial independence and how they can get there. Ingrid Macintosh is Vice President of TD Asset Management and joins me here in studio. It's nice to have you here.

- A lot has changed. There was a time when a women's economic power was tied to her marital status. I mean, we're going back a long way. But how has it evolved?

- Significantly on a number of fronts. So first of all, today, women are outpacing men when it comes to graduation from universities. In fact, in just 30 years, the pace of women graduating from post-secondary educations has more than doubled. When we think about women's representation in the workforce, today, 82% of women are represented in the workforce. A staggering number when I think about my mother working in the '50s. At that time, only 15% of women were in the workforce. So imagine, in just a single generation, how far we've come.

And then finally, when we think about how much wealth is in the hands of women today, today it's estimated that about $1.3 trillion is controlled by women in our financial system, and that number is only going to grow meaningfully. It's estimated by 2026, that number will be in excess of $3 trillion as women tend to inherit twice.

- So that is a lot of money in a lot of right hands. So I'm going to say that that all sounds really good, that things are going gangbusters for women. But that's not necessarily the case, is it?

- No, there's a couple of hurdles here. So, despite women coming so very, very far in their ability to earn and hold down jobs, there are certainly a number of gaps. Some of them are economic but some of them are behavioral as well. So first, let's look at the economic realities.

Despite this tremendous success we've had in our educations, women are still earning about $0.74 for every dollar that a man earns. Secondly, the reality is, typically, women tend to have different obligations outside of the workforce during their careers. So likely, that means that they may be away for child rearing, elder care, et cetera. On average, in fact, women are out of the workforce for 12 years during their careers, which means they're not advancing as far in their careers, less likely to be in senior roles. In fact, today, only 20% of women are holding leadership roles, or 20% of leadership roles are held by women today.

- And also, you can see here, 60% of women-- and I hate the statistic-- don't have a written financial plan.

- So really, the first part of that conversation was about the economic realities of it, but you're right, the behavioral piece is women are not setting themselves up well for financial success. So women lack the financial plan, if you will. So to your point, only 48% of women have an advisor relationship. If they're single, compared to 84% of women if they're in a relationship or 61% of single men. And not helping that statistic is the fact that men are twice as likely to be approached by an advisor as a woman is. So women aren't really stepping up and building the confidence that they need to be financially independent in making those decisions on their own.

- I know one startling statistic-- you and I were chatting about this earlier-- is that not only are women not in the space where they need to be, given the amount of money they've been earning and starting to get that economic power, but they also have a greater need because they live longer.

- Exactly. So on average, women live about four years longer, but they tend to marry younger men. So women will typically, or may typically, be the sole financial decision makers for 10 to 15 years. In fact, 90% of women will at some point in their lives be that sole decision maker, having outlived their husbands. And then when you compound on that the fact that through their working years, they were earning $0.74 on the dollar, were more likely to have been out of the workforce for a period of time, the odds are really stacked for women to have to take a bit more control.

- It is quite profound, and I think people-- I talk about this a lot, too-- the fact that, at some point in women's lives, they will be the ones-- they are going to be the ones who are going to be in charge of their own financial well-being with nobody else. Like, it will happen. It is inevitable.

- It is. And when I talk to millennials today and I ask about their parents or I talk about other people's parents and whether their mothers, if you will, are having those conversations, many of them say, well no, no, that's my husband's accountability. And I think about it even in my own household. I've been working in the financial services industry for over 30 years. I've advised pension plans on how to manage their money. Yet, in my own house, my husband took the reins on the investing of our children's RESP and even our RESP. So I can see how it happens.

- It's just a natural division of responsibility, right?

- It is. It is, right? Women tend to abdicate. But when you think about the steps that we've talked about, you see the real need for women to actually start to take some ownership of their financial futures.

- And I think the one thing you pointed out earlier, too, is this isn't about knowledge and women not being knowledgeable. It's about confidence.

- It is about confidence. So only 10% of women would consider themselves extremely financially knowledgeable, and that compares to about 44% of men. So perhaps, women haven't invested the time, but I'm pretty sure that the actual gap isn't as broad as that in terms of true financial knowledge. But there is something in there about confidence or willing to take those first steps and ask the questions and build that financial confidence themselves.

- Well let's talk about the next steps. So given all this, and you're listening and you want to make a change, I mean, what are some things you can do.

- Well, the first thing is, start asking questions. We know that women tend to be more agreeable. So, particularly if they're in a financial advisor relationship with their partner, they may often be the ones sort of accepting the decisions that they're making. So I encourage women while they're in that situation to start asking questions and build their knowledge base. The second piece is, work with an advisor. Reach out to an advisor. I think, about my personal situation, I had lots of investment knowledge in my background, but working with a financial advisor helped our family navigate some of the more difficult conversations, like stepchildren. How do you think about how a will? All those types of things.

Really, working with a financial advisor is about understanding where you are on that financial journey, whether you're going to be ready or not, or what steps you need to take. And then third is the confidence piece. So really, women, if they take that time to either build their knowledge or work with an advisor, they're going to put themselves on a path to financial confidence, and that's going to allow them to make those decisions that ensure that they will be ready when that time comes.

1 The Conference Board of Canada, April 2018; "Gender Inequities Persist in Canadian Post-Secondary Education and the Workforce"