Uncover what drives your decisions

Your success can’t be understood with just a set of numbers. Our discovery process harnesses the cutting-edge field of behavioural finance, which our advisors use to understand your Wealth Personality and what influences your wealth decisions - including your financial blind spots.

Tabs Menu: to navigate this menu, use the left & right arrow keys to change tabs. Press tab to go into the content. Shift-tab to return to the tabs.

We all have financial blind spots

An in-depth understanding of your Wealth Personality is instrumental to delivering relevant financial advice that works toward helping you achieve your goals.

Knowing your blind spots can help you understand how they may affect your wealth decisions. Here are a few of the most common ones TD Wealth advisors uncover during the discovery process.

The tendency to respond to the same problem differently, depending on how it is presented.

The tendency to over-invest in what you are familiar with.

'Noise' is recent information that can tempt you to second guess your established investment strategies.

The tendency to feel losses more strongly than gains.

The tendency to overestimate your own investment ability.

We use the Five Factor Model of Personality to chart your Wealth Personality. This model identifies major personality traits, which can help to predict behaviours and identify underlying motivations - as well as allow your TD Wealth advisor to see how you and your partner's personalities interact to influence financial and investing decisions.

Intrigued? Meet with an advisor to uncover your Wealth Personality

The five factor model of personality traits: How we use this information to benefit you

Getting to know the full picture 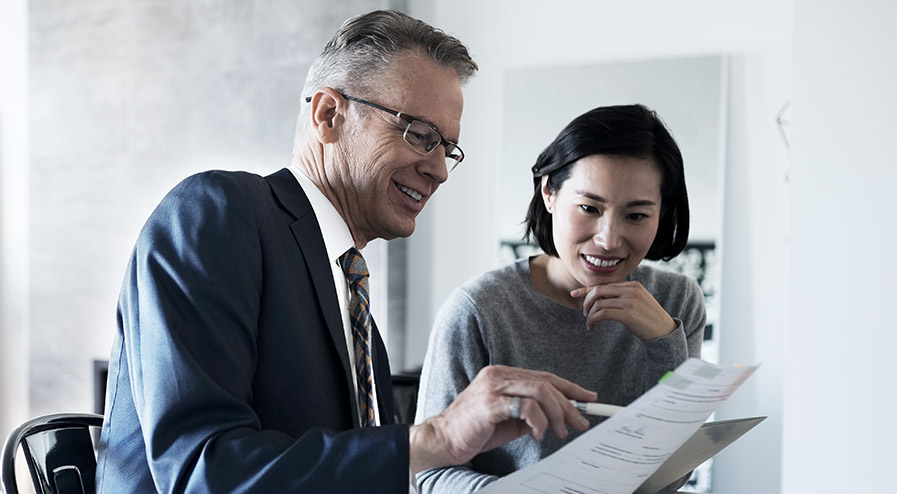 Our discovery process is in-depth. Your TD Wealth advisor doesn't just get to know your financial picture. They apply principles of behavioural finance to dig deeper and understand your personality, your goals, your family, and your motivations.

With these additional layers, your TD Wealth advisor is well equipped to provide you with guidance when and how you want to receive it. 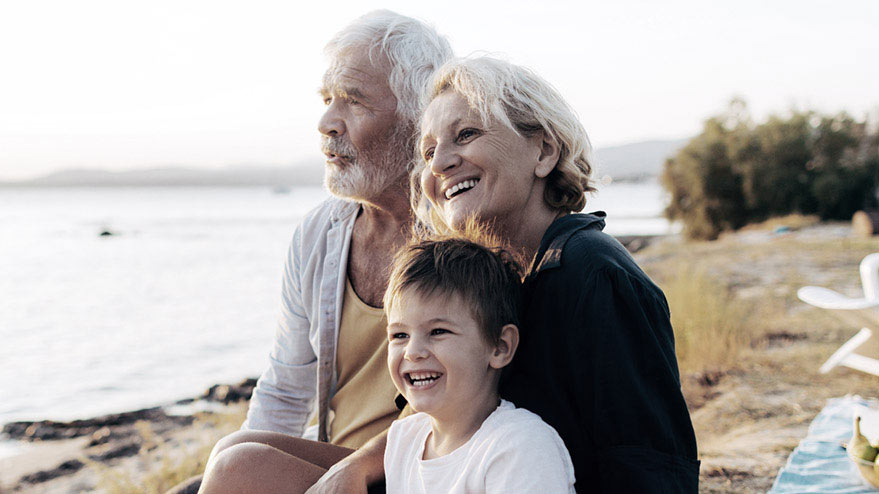 A deep understanding of your family's vision and values so that we can bring the best of TD to you. 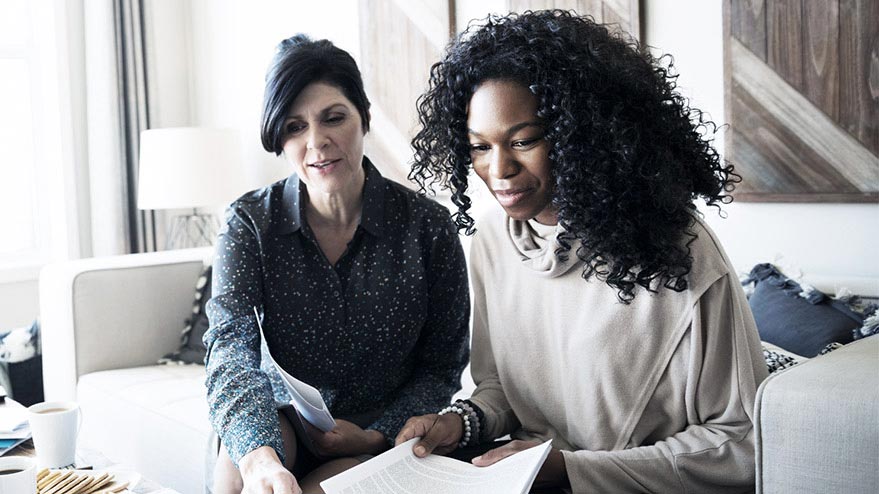 Together we'll review your financial picture to develop strategies to grow your net worth and assets. 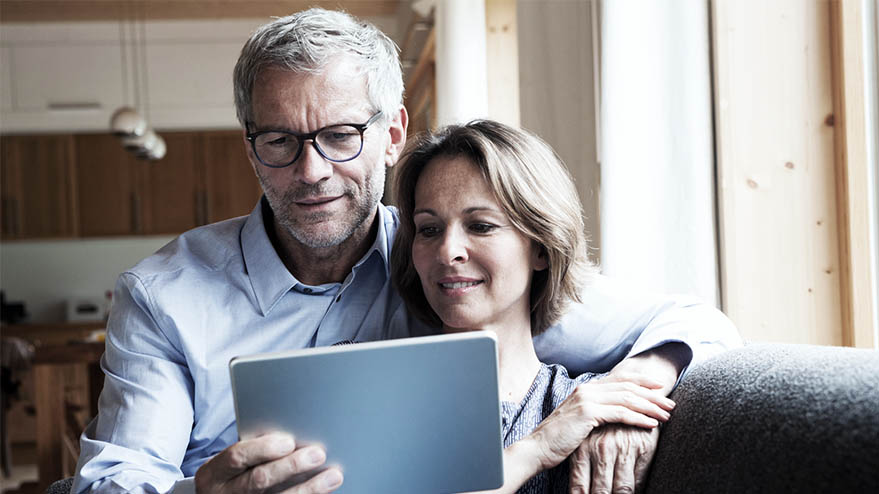 A questionnaire that applies principles of behavioural finance to uncover you and your partner's wealth personality and your financial blind spots.

Your Goals for the Future

Optimize the transfer of your wealth to those who matter most to you.

Are you ready to meet an advisor?

Answer a few questions to help find an advisor online.

The video opens with an empty, black screen. A man appears, and he is shot in a medium closeup side profile. He walks in from screen left and towards the centre of the screen.

VO: Maybe you were born with it.

VO: Or maybe you acquired it along the way.

As he walks towards the centre of the screen, he changes to a woman with dark skin and dark hair. The image changes again to another woman, and this time she has fair skin and longer red hair. As she approaches the center of the screen, she turns to face the camera. She has a neutral expression on her face. While she is turning the image changes again, showing an older sophisticated-looking woman with blond hair. Each time the image changes it remains in the same spot on screen as the previous image, and the individuals has the same neutral expression as the previous person.

VO: But you know the things that make you unique, have helped you get where you are today.

The images continue to change: to a younger Asian woman, then to a woman with long blond hair, and then to an older man with grey hair and thick-framed eyeglasses. The camera begins to very slowly zoom in closer to him, and the image continues to change to show a multitude of different men and women, each one appearing onscreen for just a few seconds. A series of words fade in and out on the screen around each person.

The images changes to a female who is wearing glasses, with auburn hair pulled back, and more words appear onscreen around her.

The image then changes to a man with short, dark hair, and the words shown onscreen change again.

VO: And because you stand apart, your TD Wealth Advisor will take the time to understand your needs Because we just don’t help you invest your money.

The image changes to a woman with shorter, white hair, and the words shown onscreen change again.

VO: We give you tailored advice.

The image changes again to the man who first appeared on screen at the start of the video, and the words shown onscreen change again.

The camera now cuts to a closeup headshot, showing an older man with light brown hair. A graphic overlay of a thin, white vertical line appears in the centre of the screen, running from the top of the screen to the bottom. On the left and right side of the line, a series of words appear at first small and then growing larger. Each word varies in size from each other.

VO: At TD Wealth, our Advisors use behavioral finance to help reveal what makes you act and react.

And knowing these financial blind spots, allows our Advisors to help you improve your financial decision-making.

The image changes five more times, cycling through the same individuals who were on screen at the start of the video. With each image change, the words show onscreen remain, but the size of each word changes. Some words increase in size, and other words decrease in size.

Uncover your wealth personality and be ready for financial advice that reflects you and your vision for the future. Meet with a TD Wealth Advisor today.

The words shown onscreen being to disappear, and the camera beings to slowly pan out from a closeup shot to a medium close up. The image continues to change, cycling through the same individuals who were onscreen at the start of the video. Each of them is happier and more joyous than when they first appeared on screen. The last women on screen flashes a big smile, and turns away from the camera. Walking offscreen left, leaving the same black screen that was at the start of the video.

The TD shield appears at the end of the video.