Our people are our greatest asset

A better you, means a stronger us. When you invest your time and talent with us, we provide you with support and opportunities in return. Because when you're happy our customers are happy - and that’s what makes TD a great place to work. 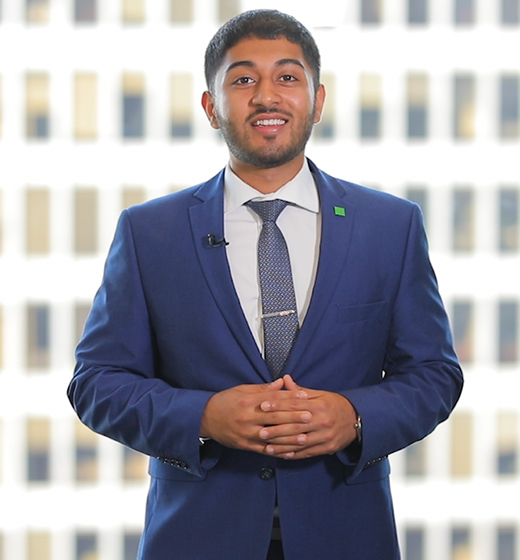 We took a break from the TD Campus tour to hear from Muneeb Muzaffar, TD Scholar, Summer Analyst, Strategy and Planning, who shared his thoughts on pursuing a co-op opportunity at TD. 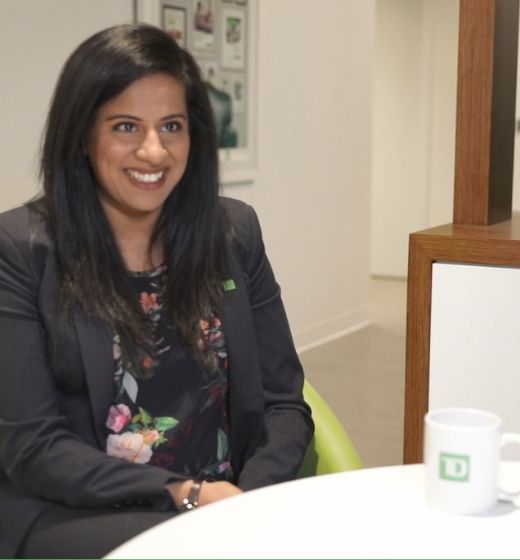 Meet with two Data Analytics colleagues and get to know what they enjoy the most in their roles. 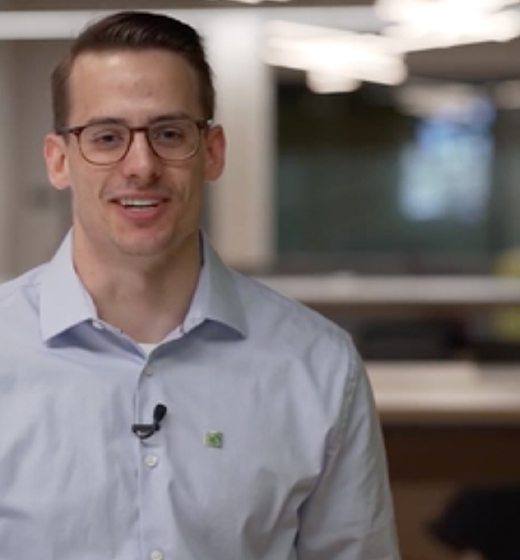 They recently joined TD in Moncton and share the reasons why they wanted to be part of the team.

View the entire list of our awards and recognitions

Get to know us

We took a break from the TD Campus tour to hear from Muneeb Muzaffar, TD Scholar, Summer Analyst, Strategy and Planning, who shared his thoughts on pursuing a co-op opportunity at TD.

Music is playing, first image displayed on the screen are men's' hands in front of computers displaying graphics and charts. Second image is a woman typing on a laptop. Then we see a colleague standing in front of a screen in a working room showing and explain a chart. Green screen appears with voice over and text in white asking a question to Hira Fatima Voice over: Why did you want to join TD? Hira Fatima, Manager, Customer Experience, Digital. Hira is appearing on the screen, sitting in a green chair at the office, in front to a white table with a cup of coffee on the table. Her name and title appear in Green characters on the screen. Hira: I wanted to join TD because… When you work in an organization where your personal values align and resonate On screen we see an image of a computer screen with some complex charts on it. Then the camera is filming two professional discussing in front of their laptops. Then camera comes back to Hira as she continues answering the question. Hira: It's easier to be a part of that organization and feel like you are a part of that organization. Green screen appears for the second time with voice over and text in white asking a second question to Hira Fatima: Voice over: What does your future at TD look like? Hira is back on the screen, facing the camera. Hira: future at TD look, I'm gonna say, sky is the limit. Hira is smiling. Video end with TD shield in the center with a white background.